TED is a great option to spend your time wisely, combining entertainment with useful information. At some point, we all look for something that inspires us and touches the very core of our hearts. Inspiration is often playing hard to get, but it’s possible to find. We bet you would like to see and listen to something inspirational and exciting to charge your batteries of creativity and innovation. Who can inspire better than people who came all the way from zero to hero? Our team picked out the best TED talks about technology and innovations for you. Inspiration is contagious, so dive in!

Elon is a serial entrepreneur; the "father" of SpaceX, Tesla Motors, the Boring Company, Solar City, OpenAl, Neuralink and co-founder of PayPal. His ideas, suggestions, and projects are daring and bold and always become real; he solves problems of the majority of the population. Mask is the one, who is going to colonize Mars and change the world. After all, he's already doing it. This man talks about real AI possibilities, a better future for humanity. Elon's recent TED talk was about building tunnels in LA to solve the problem of traffic and a plan to populate another planet. Hopefully, in his next TED talk, Elon can share information about his new, intriguing projects. Plus, he's got a deep, pleasant voice. Enjoy!

Rodney is not afraid of talking about a touchy subject like robots, whether they might or might now replace the human race. The fear of losing jobs because of robotics’ development. Sure, we people, always scared of something we don’ know or can’t understand. He made a point on the evaluation of technology in short- and long-term. We already interact with robots and Brooks explained why it will be a good thing to rely on robots and delegate a part of our daily routine in the future.

Bastian says that people can create their future, but can express ideas about the potential chain of events. He presented his own vision of a sustainable future of aviation, a 3D masterpiece jet plane. Are you into 3D printing? If it is so, you should watch it right now. Enjoy!

Have you ever met robots that think like people? Exactly! Back in 2013, Raffaello presented quadcopter to the world. 6 years later, we know about them, use for fun and work. Quadcopters became our travel buddies and, for some people, working assistants. Raffaello D'Andrea shared how and why quadcopters were invented. This is definitely “wow, that’s cool” effect after the watching. Do you want to know the prehistory that creates the current history? These are going to be the most exciting 12 minutes of your day!

5. Hugh Herr. The New Bionics that Let Us Run, Climb and Dance.

A new generation of technology means an improved generation of people. This talk is about bionics changing a life; it is about technology becoming a part of a human. At first, it might seem like magic in action, yet it’s a simple and powerful embodiment of the idea being healthy, the opportunity to walk, dance, climb no matter what. Hugh Herr talks about ability and disability of bodies and minds.

Would you take advice from an experienced and successful serial entrepreneur? Would you accept it from a 12-year-old app developer? Surprisingly, the experience is not the only thing that matters in business. 8 years ago Thomas Suarez impressed the tech community with his out of the box thinking and aspirations or building application. Age or gender don’t matter if someone wants to innovate. Today Thomas is a developer, a TED speaker and he builds Teleportal app. For several years in a row, young minds that combine fresh vision, critical and creative thinking take over the good old and wise entrepreneur. Why? The answer is right here:

7. Poppy Crum. TED2018. Technology that knows what you're feeling.

Poppy Crum studies emotions and discusses how technology impacts them. For sure, technology can see, listen, collect and analyze data about us; predict our behavior; recognize and respond to humans’ requests, feelings or emotions and respond accordingly.
Read next:
10 Key Tech Trends To Look Out For In 2019
innovationtechtechnologytedtedtalk
share on facebook
share on twitter
share on linkedin

6 Reasons Why You Should Never Visit IT Arena 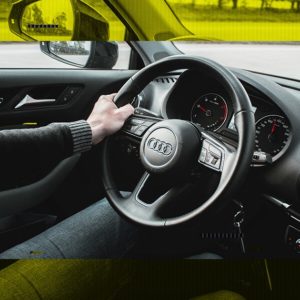 Experts from Audi, Mercedes-Benz, Renault at IT Arena 2019 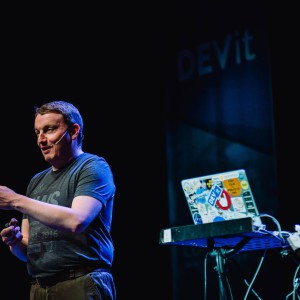