IT Arena 2022: Showing Resilience in Times of Uncertainty 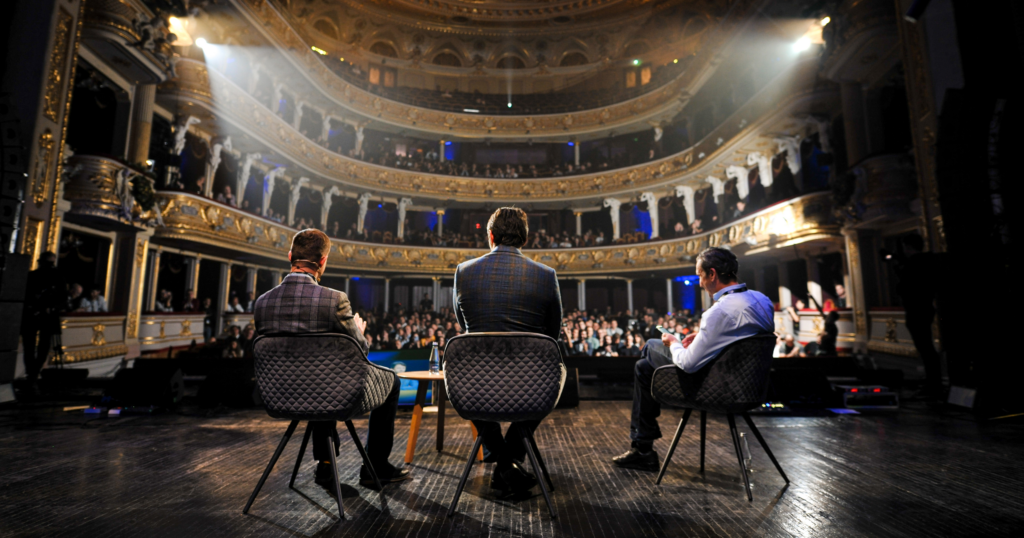 Seven months of the ongoing full-scale invasion hasn’t become an obstacle for the IT Arena, a tech event that brought entrepreneurs, investors, startups, and media together to show unity, resilience and support for Ukraine. The event gathered almost 1000 attendees, an apprehended scale down compared to, for instance, last year when IT Arena was attended by over 5000 visitors. IT Arena hosted a competition for Ukrainian startups and 5 insightful panel discussions with a focus on cybersecurity, military tech and cooperation between government and business.

Day one of IT Arena started with Startup Semi-Finals hosted at a former glass factory, now revitalized into a creative space !Fest Republic. A few hours of pitching were followed by the event’s opening ceremony at Lviv National Opera. 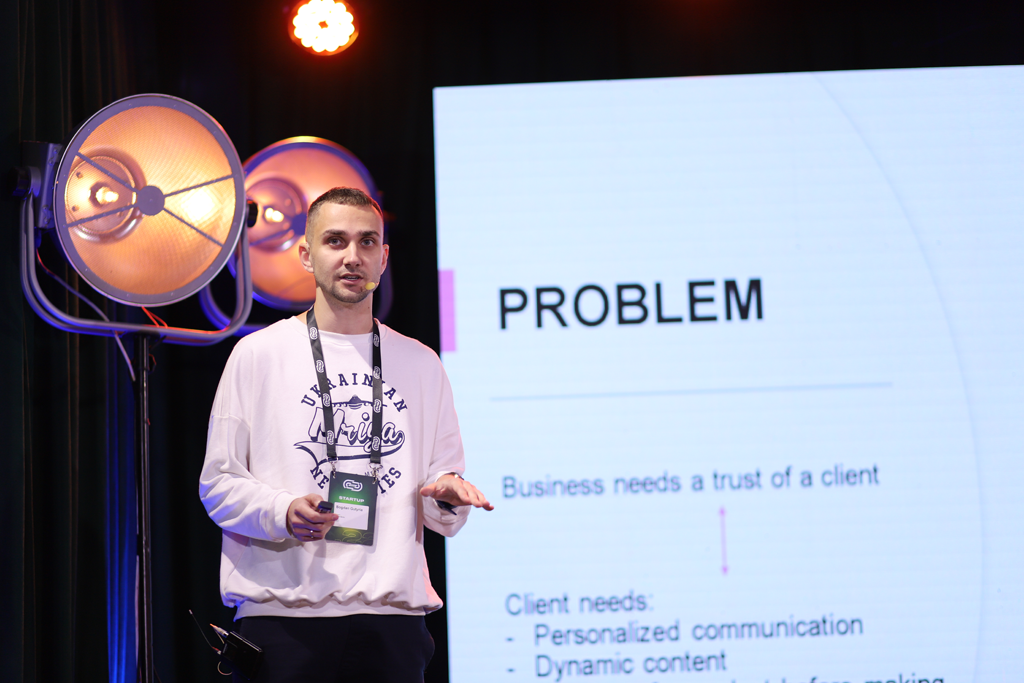 Following a short intro from the IT Arena CEO Stepan Veselovskyi, the first panel discussion kicked off. Serhiy Prytula and Taras Chmut, representatives of the two biggest charity foundations in Ukraine, Prytula Charity Foundation and Come Back Alive, respectively, were joined by Haluk Bayraktar, CEO of Turkey’s premier UAV manufacturing company Baykar, who connected online. The discussion was moderated by Pavlo Sheremeta, a distinguished Ukrainian economist and former Minister of Economics and Trade.

“Extreme times require extreme solutions,” said Haluk Bayraktar commenting on why his company donated three Bayraktar TB2s to Ukraine, impressed by the impact of the Ukrainian volunteer movement through the “People’s Bayraktar” initiative (a crowdfunding campaign by Prytula Charity foundation that reached its goals within days).

“I’ve never known a person who could make a gift worth $15 million,” said Serhiy Prytula, emphasizing that due to Baykar’s gift, the charity foundation made it possible to use the money in a different area, in particular, to purchase a satellite.

Earlier in September, Haluk Bayraktar met with President Zelensky to discuss a new factory Baykar plans to build in Ukraine. “We are not a typical company focused on profit. High tech company needs a strong ecosystem. We need to innovate and create technology that will be used and benefited by many countries,” he said, adding: “The design of the facility that Baykar’ll construct in Ukraine is almost finished. We will assemble not only Bayraktar drones but also unmanned supersonic ones at our factory in Ukraine.” 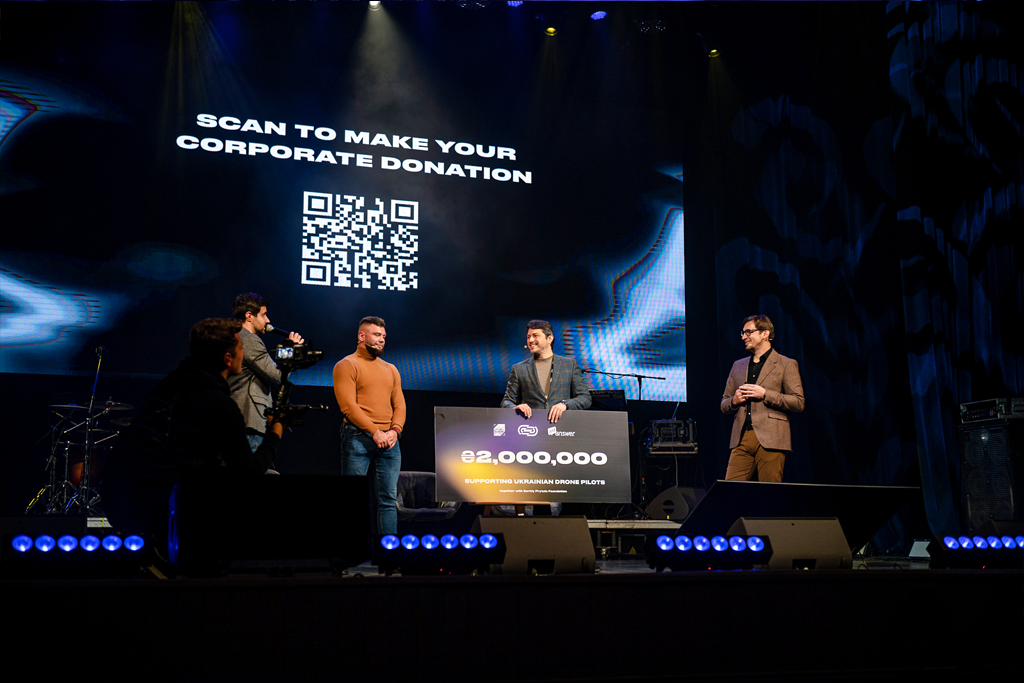 In addition, Lviv IT Cluster, together with its member company JustAnswer, supported the initiative of the Serhiy Prytula Charity Foundation to fundraise ₴8,000,000 by the end of 2022 for the training of 4,000 military drone pilots within the Boryviter school. Lviv IT Cluster and JustAnswer donated ₴2,000,000 and encouraged tech companies to join by making a corporate donation.

MedTech, EdTech and automation for filmmakers

Startup Competition has also seen a noticeable scale down this year. Due to the war, fewer startups than normally applied for the competition. Out of 70 applications, 28 teams have been qualified to pitch their ideas from the event’s stage, with 10 teams subsequently qualifying for the finals. The finalists focused on solving real-world technological and humanitarian emerging problems. Five of ten teams focused on medtech solutions. The winner of the Startup Competition 2022 became WRAP, an app automating video production flows. The team won the Best Startup Award and a $20,000 prize from IT Arena, CRDF and USF. 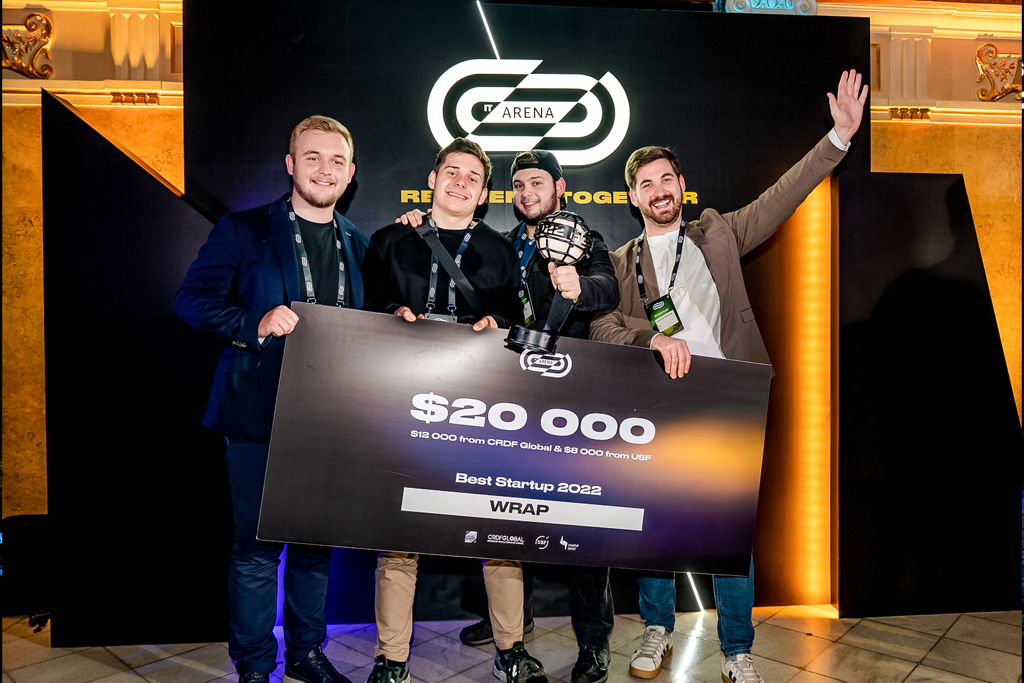 “Our win is, first of all, a sign of big morale support. It has definitely positively charged us for the upcoming year. Moreover, we’ve already met a few cool investors and talked to representatives of venture funds and angels. We’re planning to use the grant money for legal paperwork, development and current subscriptions,” said Stephen Skoropadsky, CPO of WRAP.  Knopka, a creator of an IoT/SaaS solution for hospitals that ensures medical assistance is provided within 3 minutes or less, took the second prize and $18,000. 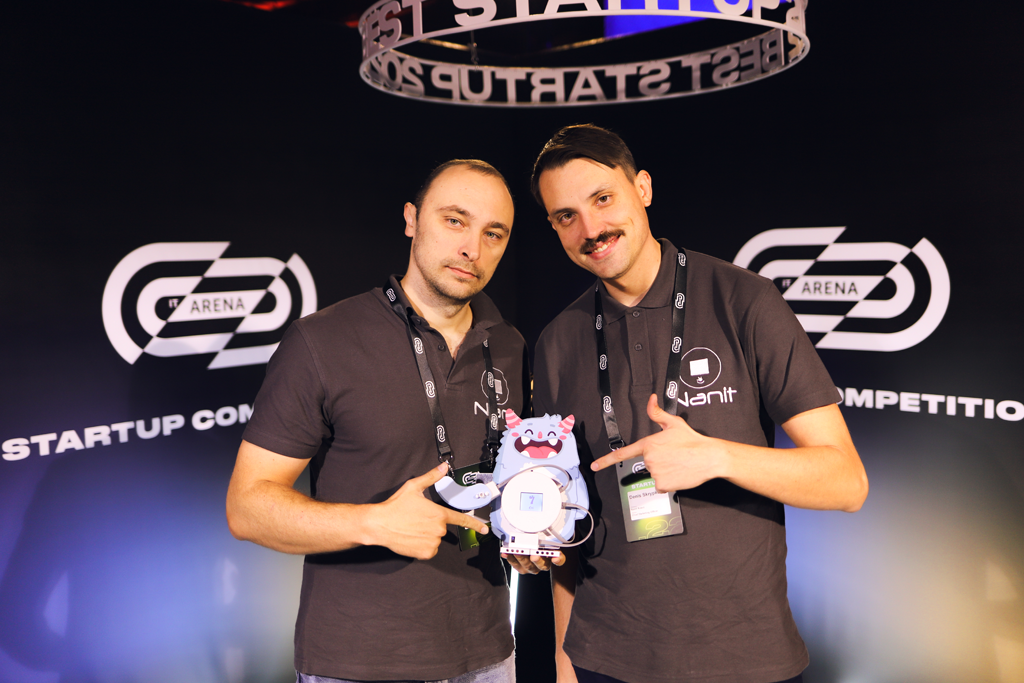 The third prize, or $15,000 went to Nanit – an educational robot and EdTech solution for kids and adults that allows them to identify creative and technical abilities, learn engineering skills in the creative process and raise professional orientation by 30% 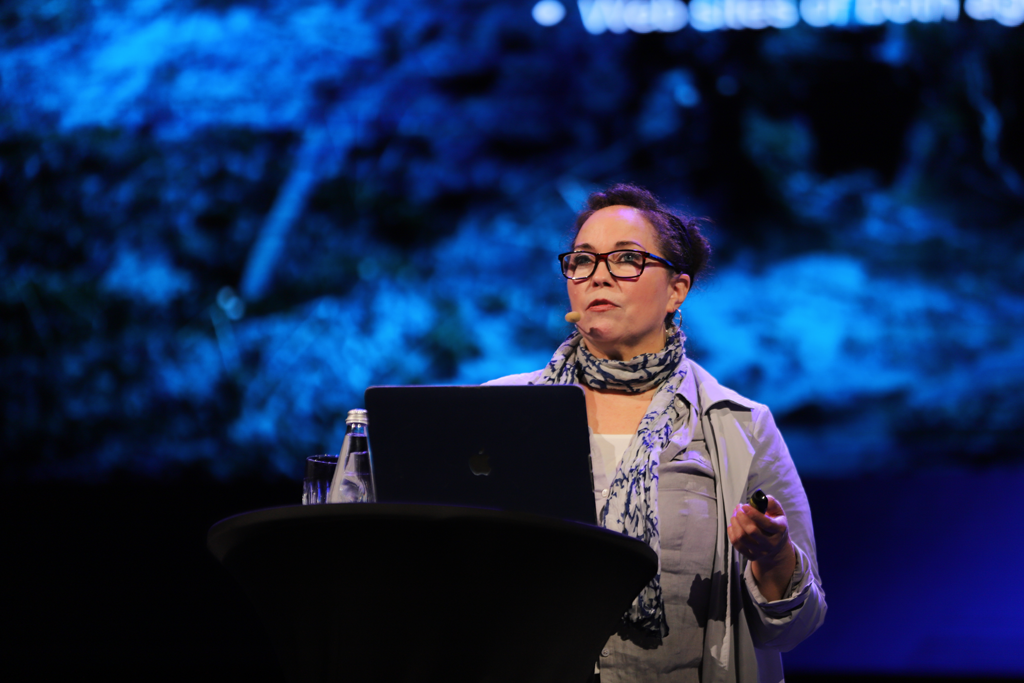 “One of the things that I’m looking forward to is getting more information about how Ukraine hopes to be a leader, a teacher, an educator after the war about how it handled its digital defence of networks and systems here. I’m really interested to see how Ukraine develops that and turns into a teaching tool for the rest of the world,” said cybersecurity expert and journalist Kim Zetter, following her discussion with Viktor Zhora, Deputy Chairman of the State Service of SCIP and Kenneth Geers, External Communication Analyst at Very Good Security. 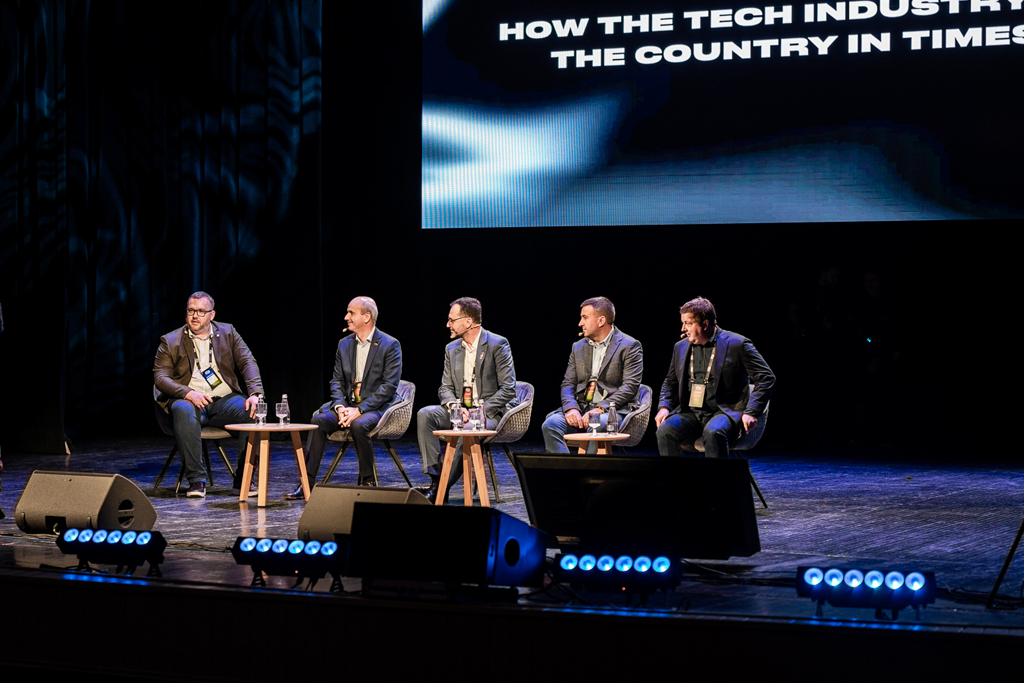 Two of the panel discussions focused on the importance of the tech business and Ukraine’s government working hand in hand in these turbulent times, with a key focus being put on tech education. “The events of recent times, and especially the last eight months, have once again shown the importance of developing IT technologies and supporting young startups. Thanks to already existing digital solutions, we can be agile and adaptable. Support for the tech industry is one of the strategic pillars of BNP Paribas Group. We believe that by supporting this year's IT Arena, we have motivated young startups to find high-tech solutions. By gathering IT industry experts in one place, we unite them to solve present challenges and inspire new ideas and inventions that will certainly be useful to humanity,” says Laurent Dupuch, CEO & Country Manager for Ukraine at BNP Paribas and Chairman of the Management Board UKRSIBBANK BNP Paribas Group.

For the first time in its history, IT Arena featured a discussion on advancements in military tech, in particular, UAV technology. Ivan Tolchinsky, CEO & Founder of Atlas Aerospace, Cameron Chell, President and CEO of Draganfly, Ihor Maslov, Business Development Director at Ukrspecsystems, and Yaroslav Kalinin, CEO of Infozahyst came together in conversation with award-winning defense reporter Illia Ponomarenko. “We’re going to see less blood spilt on battlefields,” Illia summed up how UAVs will change the future of war.

IT Arena is known for gathering the most prominent speakers, tech industry professionals and partners who represent local and international tech business leaders. Three latest editions of the conference – in fully remote, hybrid and in-person formats – have been supported by USAID Competitive Economy Program. As the conference has been going on for 9 years, long-lasting partnerships are paramount. 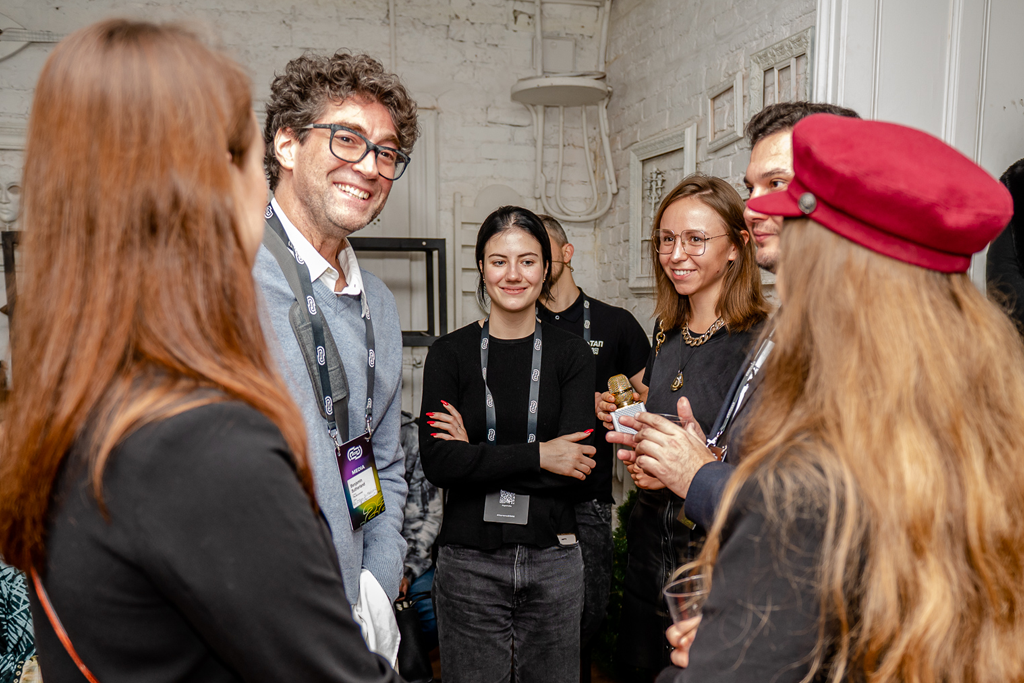 “Historically, IT Arena is one of the largest annual IT events in Eastern Europe, gathering thousands of participants and hundreds of companies from Ukraine and the region, promoting the Ukrainian IT industry and startups to international markets. This is the fourth time that USAID has supported this large-scale event, and the fact that it took place live and in a secured format in Lviv demonstrates to the whole world that the IT business in Ukraine continues to operate during the war and is a reliable and responsible partner that fulfils its contractual obligations on time, pays taxes in Ukraine, volunteers, helps financially the army and the population affected by the war. Those startups that presented their products meet today's challenges, work on new ideas, and demonstrate growth potential,” said USAID Project Manager Natalia Petrova.

With 34% of women working in tech in Ukraine, IT Arena wants to promote inclusion and diversity in tech. The organizers hope to welcome more women-led startups, women speakers and attendees in the future.

Despite two air raid sirens, a curfew limiting afterparties, and survivor’s guilt of attendees, IT Arena 2022 went ahead in Lviv. “Our gathering in Lviv won’t help us win this war. But by bringing together the smartest, most progressive people, we can come one step closer to victory,” said IT Arena CEO Stepan Veselovskyi. In 2023, IT Arena will return for its 10th year, hopefully in a bigger format and in peaceful times. In the meantime, we would love to hear your feedback. Please dedicate 5 minutes of your time to fill in the feedback form.

Big thanks to our partners who supported the new format of the event: 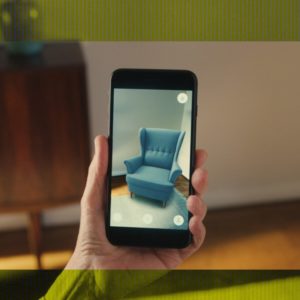 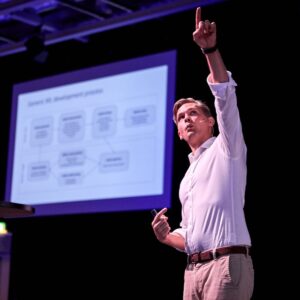 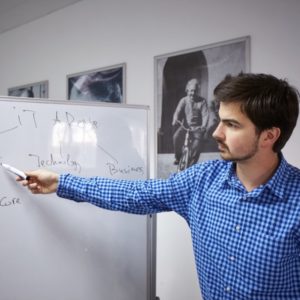