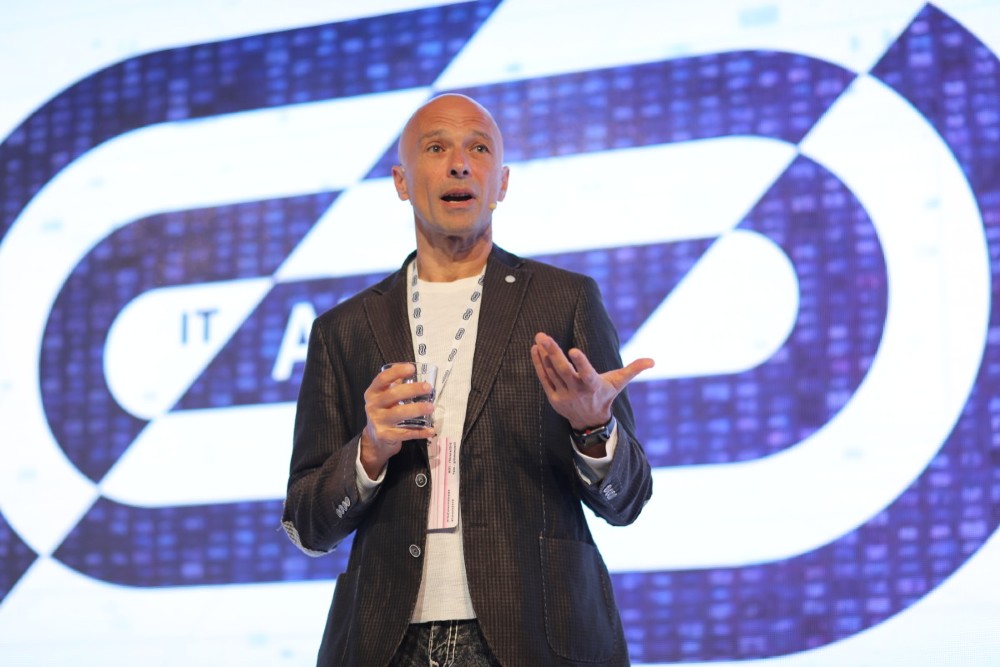 Semyon Dukach is known for his angel investments. Startups who have received a generous check from him include Milewise, CoachUP, Amino, as well as Ukrainian-founded Petcube, and Preply. A year ago, Semyon together with his business partner Eveline Buchatskiy founded One Way Ventures – a VC fund for immigrants. Driven by extraordinary experiences of fellow immigrant founders, Dukach believes that people should be free to work and create value anywhere, regardless of borders. In September 2018, Semyon Dukach was the keynote speaker at IT Arena.

Growing up in the 70s, Semyon Dukach was already anti-system in mind. In the prime of his youth, he worked on early virtual reality at IBM, studied payment protocols at MIT, and traveled around the world winning millions with his blackjack team. However, finding situations where he could make a big difference, things that would bring value and scale turned out to be his biggest passion. Looking back on his experience as an angel investor, former Managing Director at Techstars Boston, and now Managing Partner at One Way Ventures, Semyon talks about what makes an attractive startup for investment, and why immigration reminds an entrepreneurial experience. 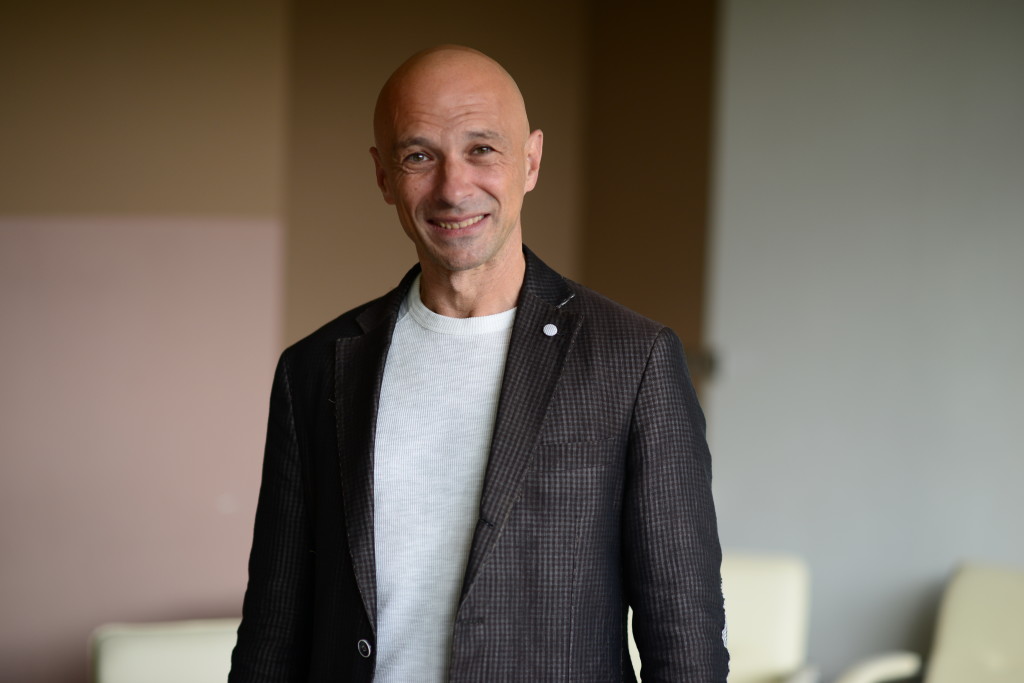 I think it’s very lonely to be a CEO. You can’t really share your fears with the team, or you’re not going to have a team. I really enjoyed helping others, and that shaped my career as an angel investor. I enjoyed making a big impact on a founder so much that at some point, I really made looking for this opportunity my main goal as an angel. I tried to make a bunch of investments, just to get to know people and see where I could make a big difference. As soon as I realized I couldn’t make a big difference, I pulled back and ignored the company.

At One Way Ventures we only invest in immigrant founders. There’s kind of a backlash against immigrants in the world today, and the borders are going up again with visas, and all that nonsense. We needed an initial filter for the team. I observed that immigrant founders are just much more likely to build big companies. Statistically, it’s true. It’s almost double the rate of creating a unicorn by someone who has not been an immigrant.

Immigrant experience predisposes your success in building a technology company. It has to do with perseverance and grit and not having much to fall back on. Having gone through the entrepreneurial journey of your own immigration, you’re more prepared to build a business and to operate in a confusing environment where you don’t know all the rules because you’ve already learned a new culture and new language.

The criteria for us: it has to be an actual immigrant. Founders or one of the founders should be a person who actually moved and settled in a different country, with the intention of not going back.

We really believe that immigrants make stronger startup founders than people who haven’t had that experience. They are more selected. They aren’t ordinary people, they are more extraordinary.

Founders who come from abroad deserve to have a special fund. VC fund for people who think globally. Who believe that being born anywhere you’re free to work anywhere, regardless of borders and where you happen to be. We’re globalists. We believe in humanity, not in an individual country.

We talk to founders and make an assessment about them, especially the CEO. It’s quite subjective, but there are certain things we look out for. You have to be able to tell a powerful story and communicate in a way that’s exciting to people. You have to be inspirational. People need to follow you. Because to build a strong company you need to recruit amazingly strong people to work for you, people who could start their own companies or get very high-paying jobs. I need to see evidence that you can do that, and I need to believe that you’re not going to give up or sell for a few million dollars as soon as you can. I need to believe that you want to build something large.

One of the most important things – you have to absolutely love your customers. You don’t have to have a product yet, but you need to know who you’re building it for and why. And you have to genuinely care. I really care about helping startup founders succeed. I want that kind of empathy in my founders towards their customers too. I won’t invest in people who don’t know who their customers are. They need to believe this is important, they have to want to build the thing not just to succeed themselves, but for the customers to be successful. That has to motivate them. To take away the pain, or perhaps to create a joy for people, either way. The team is 90% of it. 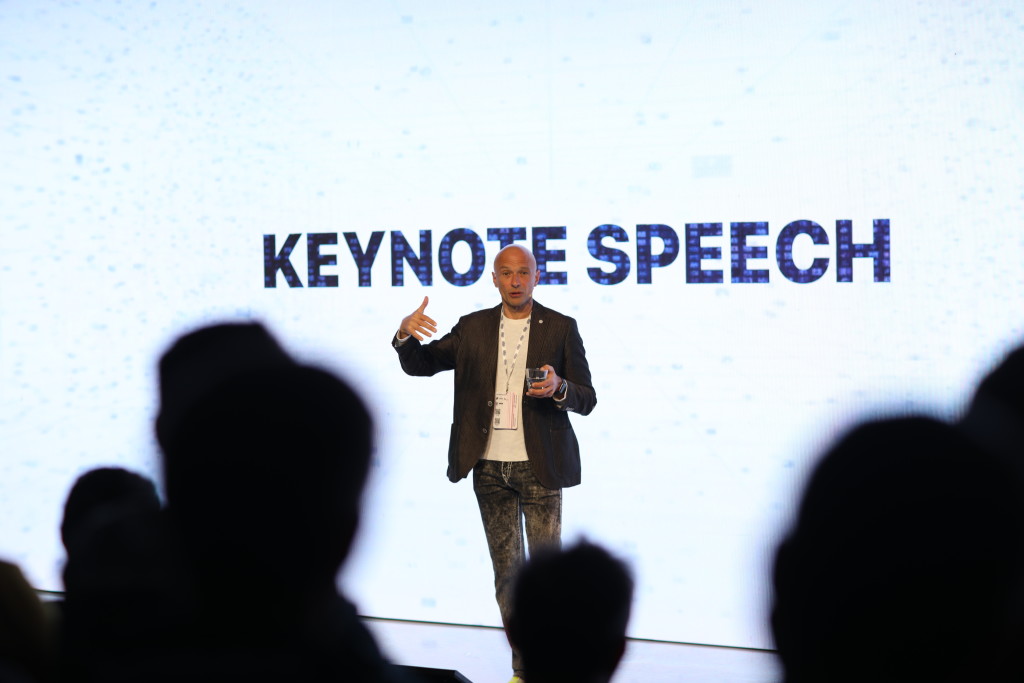 You have to have something special

We needed to have some filter and the immigrant story is scalable, but in the long run, I want it to be not so much about immigrants, but about people who think globally – people who are not so much patriots of a country, but patriots of the world. That's the impact I want to leave after I’m dead. I’m only considering things that could be at least many hundreds of millions in value in terms of the market. It has to be defensible. You can be in a big market, but you have to have some defensibility, you should not only show that you can gain initial traction, but once you become somewhat successful you can’t just be copied and destroyed by competition. You have to have something special, something unique, which often comes back to the team. If the team actually has the people who are unique in the world, like 5 people who are in a top 20 in the field – that’s one way to be defensible, another way is being first in the marketplace, or having patents, etc.

I’m not gonna invest in anything that revolves around gambling, casinos, alcohol or drugs. I don’t think it really makes the world a better place, so I’m not gonna encourage it. Right now, I’m really sick of influencer marketing, automation marketing, and marketing of all sorts. It’s temporary, I’m just overfilled with it at the moment.

You need to have a technical ability to execute. We are not going to invest in someone who will just pay an outsourcing organization to build everything for them (with our money). You have to have a bold vision, passion for your customers, but you also need to have some way of protecting it, something unique technically. We want to back startups that are going to become market leaders, not me toos.

As an investor, you have to be a curious person. I take an interest in the world, and I form theses around how the world is changing. Right now, we’re doing a lot of things with machine learning, probably half of our investments have to do with ML, but it’s not the thesis of the time, it’s just a current interest. I agree that we’ve been doing a lot of hard science, tough tech recently, because it’s certainly easier to meet defensibility requirement. 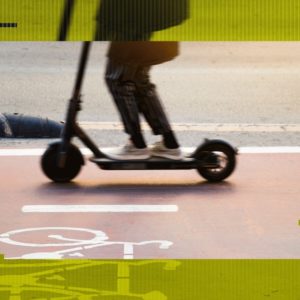 How to Get to IT Arena Venue 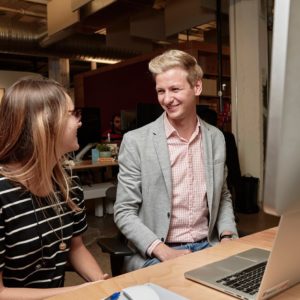 Dmitry Alexeenko: “We’d like to empower people to truly immerse themselves in their destination” 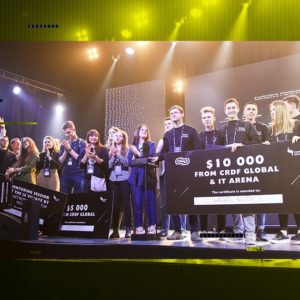 Show Me Your Traction: Highlights From IT Arena Startup Competition 2019