IT Arena 2017: Reinventing the Future with AI and Big Data 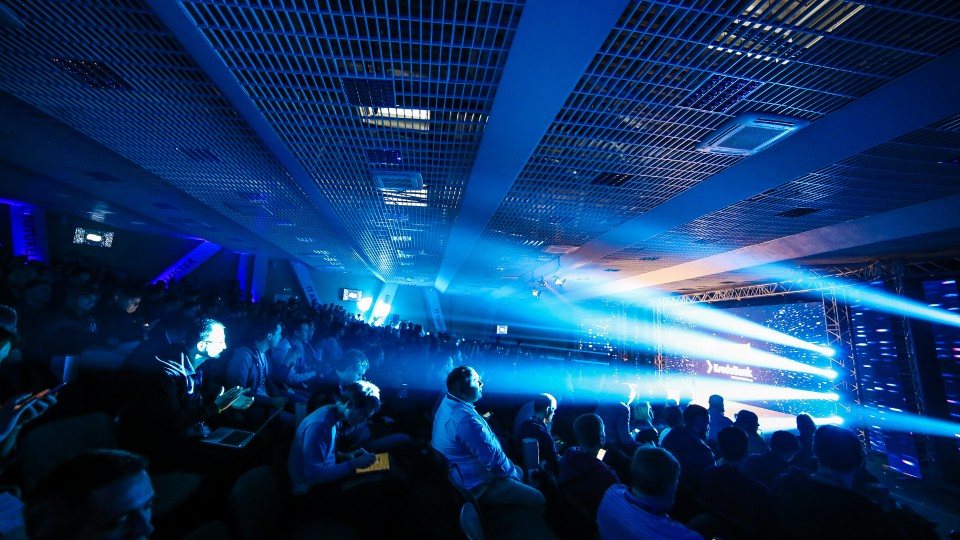 From the 29th of September to the 1st of October, the largest tech event in Eastern Europe - IT Arena took place in Lviv. The conference has the largest number of participants in Ukraine. This year, the conference gathered 2,300 participants at Arena Lviv Stadium. Among them: speakers from the world’s leading companies, top management of Ukrainian and foreign IT companies, local and international media representatives, investors, startups, IT experts and IT students. 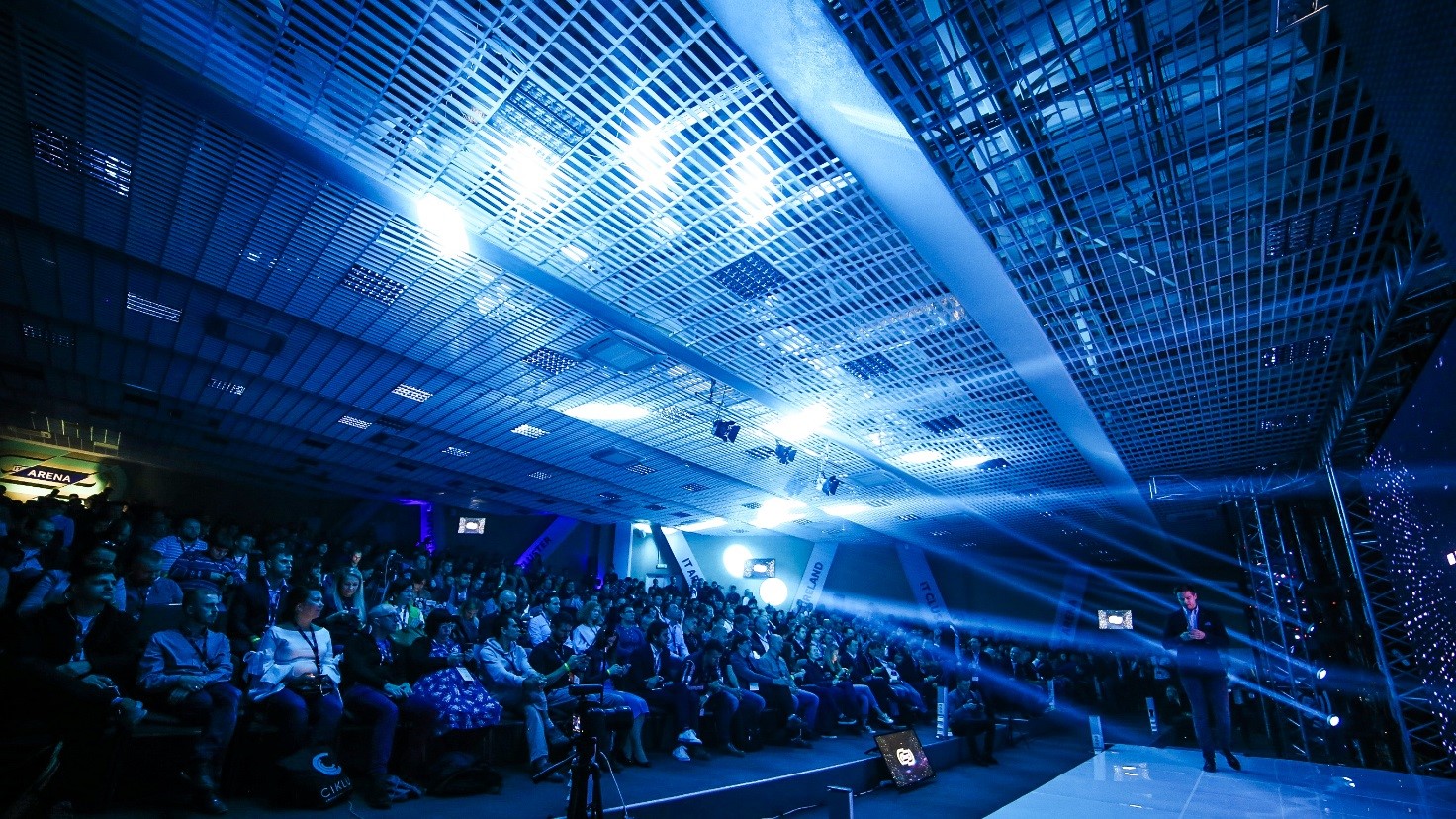 The official opening ceremony of IT Arena surprised all the attendees, as it happened without a traditional host. The conference was opened by Arina, a women's computerized face and synthesized voice, in honor of the conference. The main organizers of the conference gave the most inspirational speeches during the opening ceremony - Stepan Veselovskyi, CEO of Lviv IT Cluster; Andrew Pavliv, Supervisory Board Chairman at Lviv IT Cluster, CEO & Co-Founder at N-iX; Ruslan Zakharchenko, CEO at Eleks; representatives of Lviv IT School and Startup Depot; and partners and sponsors of IT Arena. 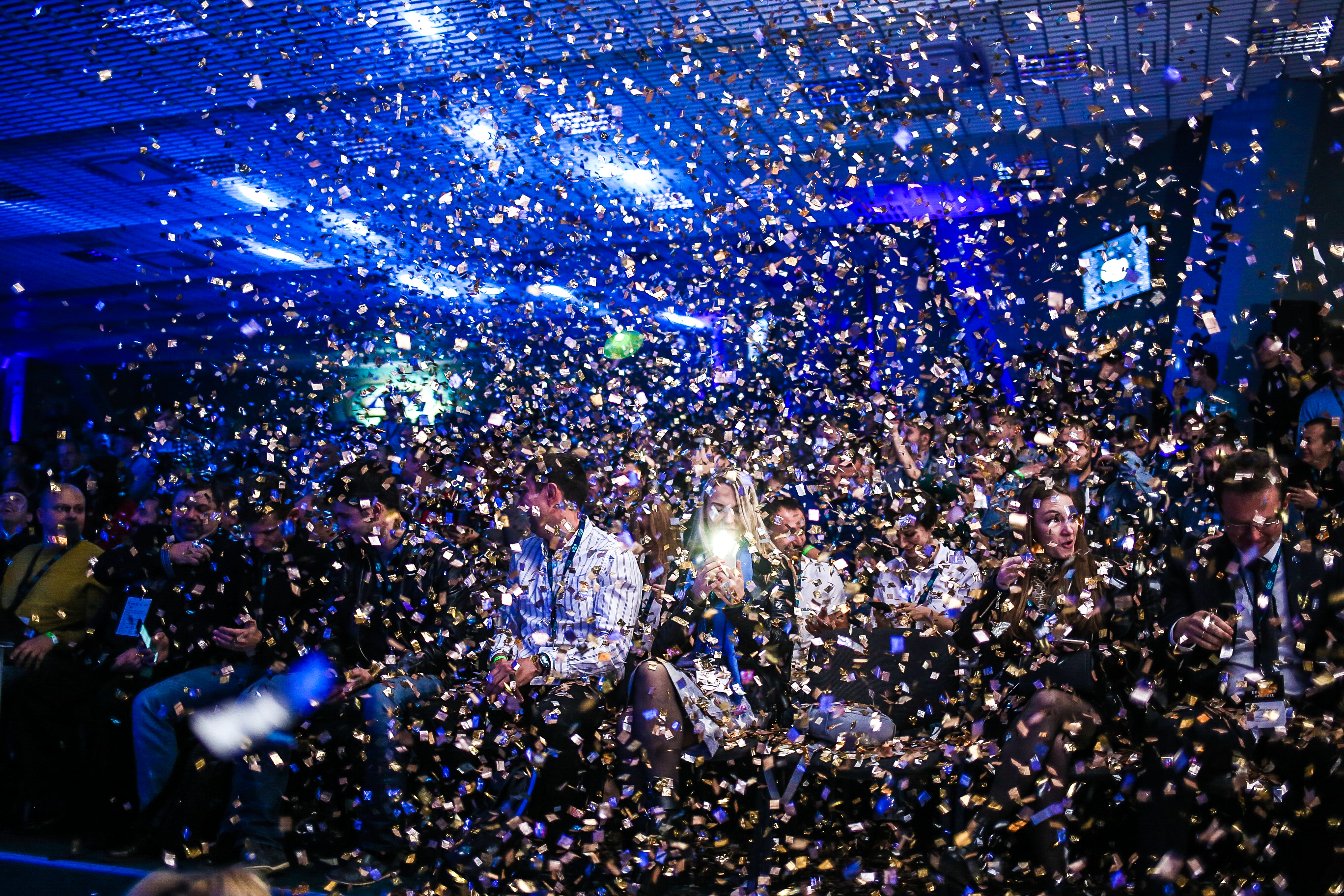 After the opening ceremony, a real marathon of speeches started in three different streams - business, technology and product. The technology stream started with a speech by Martin Woolley, from Bluetooth SIG. The business stream began with a speech by Kerry Hallard from the Global Sourcing Association, dedicated to outsourcing, and the product stream kicked off with Martin Eriksson from Mind the Product with lifehacks and tips on how to build a successful team to create a product.

“Every year, IT Arena is growing. Not only the number of attendees from Ukraine and other countries keeps getting bigger, but also the quality gets better. This year, more than 90 outstanding speakers joined our conference, each of them experts in their fields. I'm very proud to see them here in Lviv. Our event is getting worldwide attention, which is very special to us and our city. Lviv is slowly becoming a center for technology and the IT industry in CEE and we still have big plans and ideas for the future” – shared impressions Stepan Veselovskyi, CEO at Lviv IT Cluster. 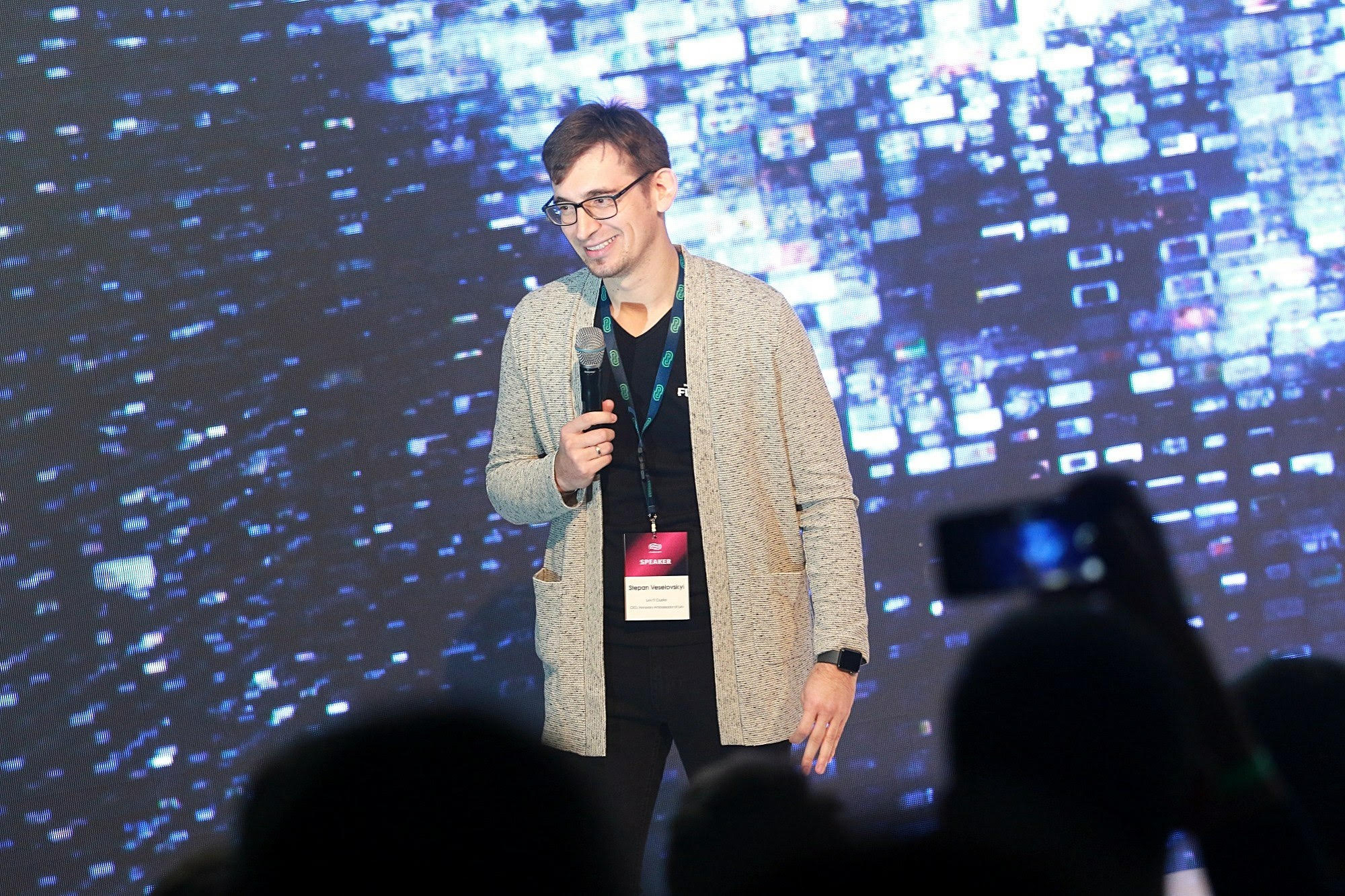 In the afternoon, the Startup Competition kicked off. More than 100 startups applied for the competition, and the best 30 gave their best during the pitches at the Startup Competition. After their presentations and questions from jury members, the top 11 among them were selected: Senstone, GameTree, Bright Advise, BotMakers, EVE.Calls, Octogin, Cards, AxDraft, CertChain, IRAengine, and Docsify. These startups were able to present their ideas the next day on the main stage of IT Arena.

“There are a couple of facts that got even more obvious after this year’s IT Arena: Lviv is evolving as a tech hub and with IT Arena the city has proven its strong leading position not only in Ukraine but in Eastern Europe as well. The qualification of speakers, who were willing to come, trends and topics we’ve discussed, the audience itself – the level of the discussion has grown immensely since last year. So did the number of IT specialists – we’re about to cross the number of 20 000 IT specialists in Lviv. All these people are changing the landscape of our city and country, Ukraine becomes more attractive for investment, partnership, living. In my opinion, Lviv IT Cluster plays the main role in this industry evolvement and I’m also proud that N-iX as a co-founding partner and now the co-organizer of IT Arena is making its contribution to this success” - comments Andrew Pavliv, Supervisory Board Chairman at Lviv IT Cluster, and CEO & Co-Founder at N-iX. 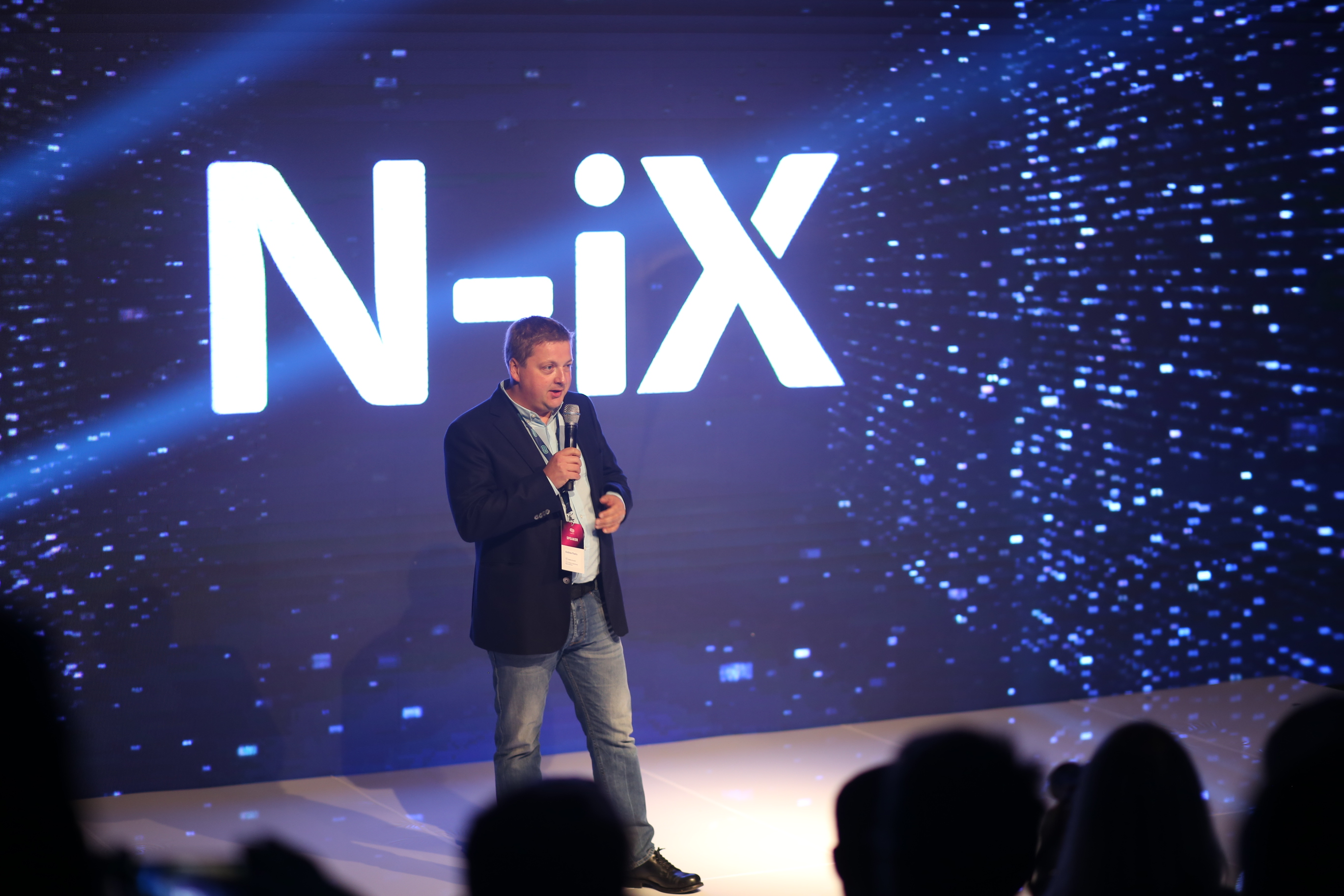 The first day finished with Tech Lounge, an executive after party at the recently opened Sheptytsky Center (UCU). All speakers, organizers and executive ticket holders had the opportunity to network in a more informal atmosphere. At the same time, all other participants were able to visit the after party at FestRepublic club. 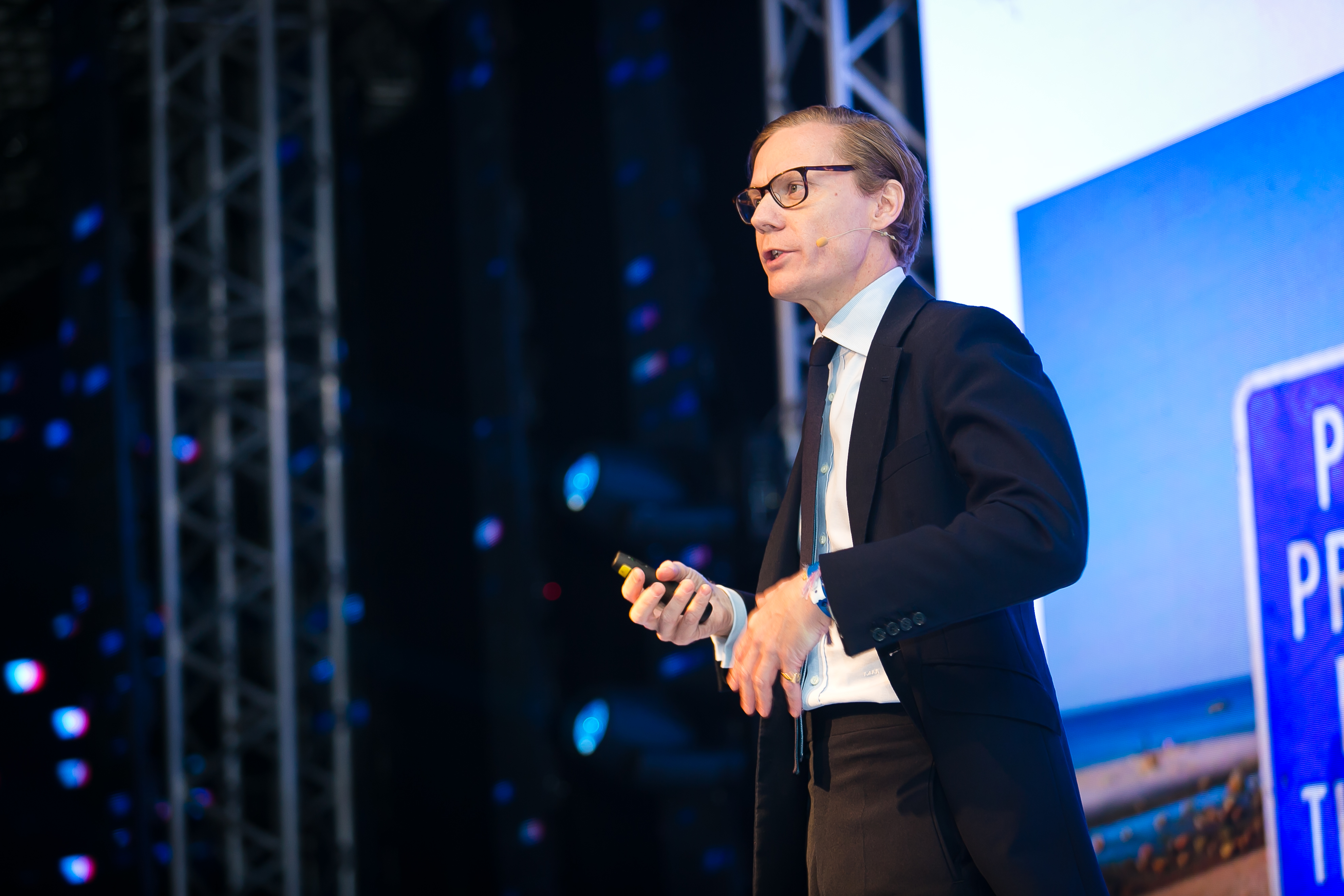 “We use Big Data to better understand audiences. The right messages really can change people’s behavior”.

Alexander Nix, the keynote speaker of IT Arena, opened the second day of the conference. He was the most anticipated speaker and attracted participants from all over Ukraine and other countries to visit the conference. Alexander Nix, CEO at Cambridge Analytica, introduced Big Data's approach to electoral and commercial campaigns. Cambridge Analytica shows that technology and scientific research affect each and every one of us, because - according to Alexander Nix – the huge amounts of Data allows to understand groups and individuals better, and therefore, predict their next step. Behavioral Science, Big Data and targeting are used by Cambridge Analytica in their projects and have been proven successful. 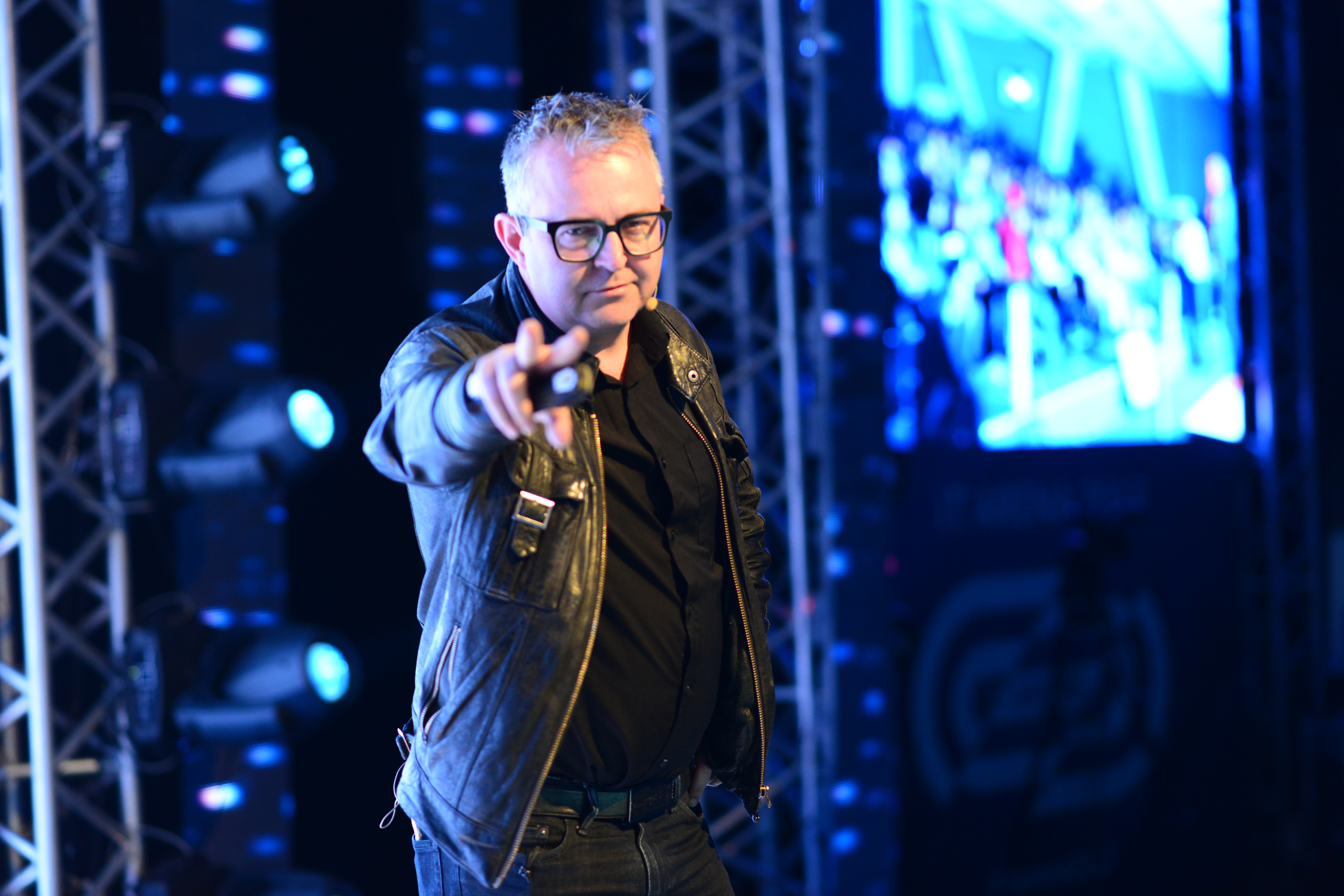 The business stream continued with Mike Butcher, Editor-at-Large at TechCrunch, the globally known tech media giant. His speech demonstrated how businesses start to use Artificial Intelligence and how it is already changing our lives, the way we live and the space we live in. Next, Yaroslav Azhnyuk, the founder of the most famous Ukrainian startup Petcube, told the inspirational story of building his startup as well as shared tips on how to grow disruptive businesses out of Ukraine. 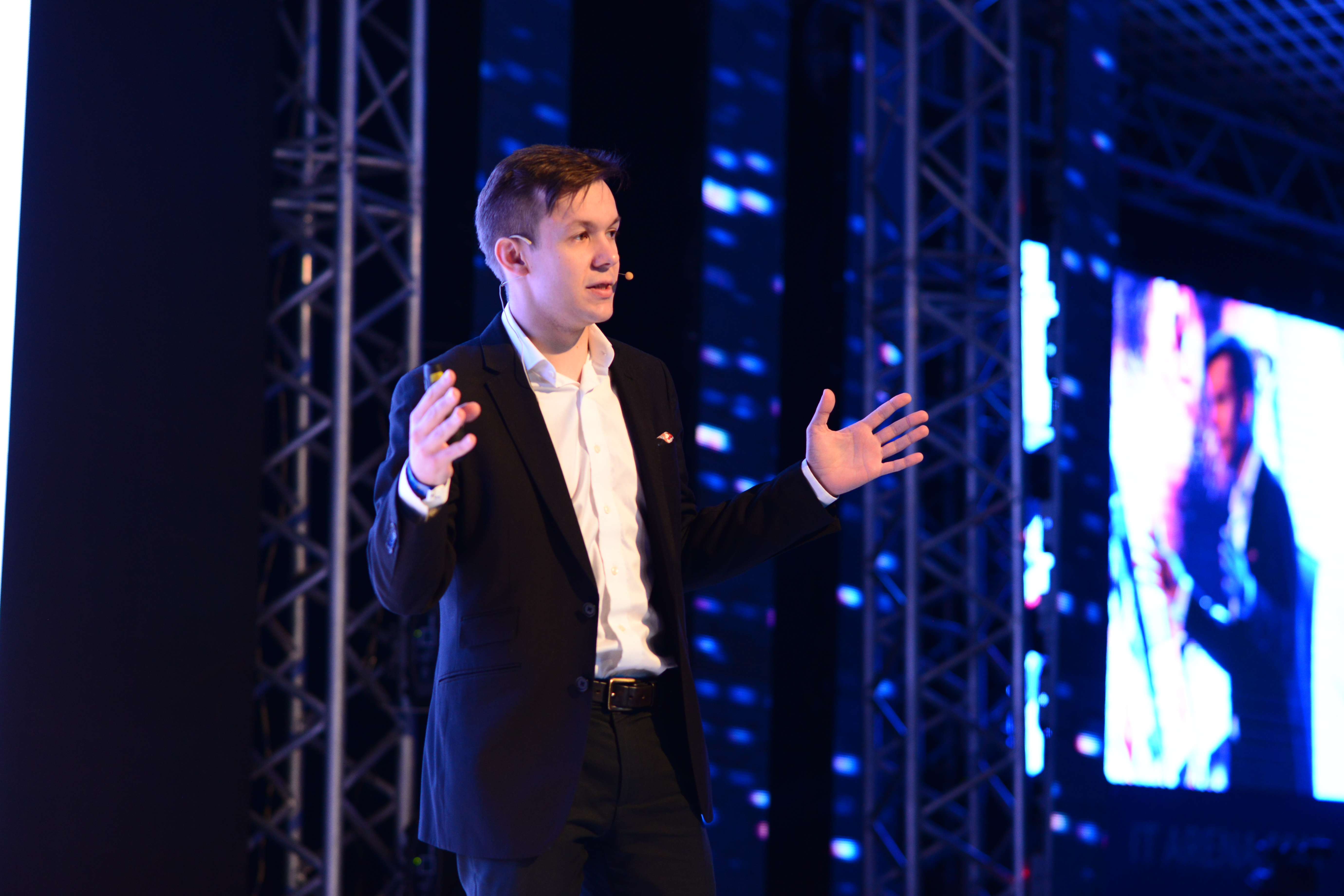 Rachel Sibley from Leap Motion talked on the technology stream about Virtual and Augmented Reality. Ukrainian-born, Allan Grant, talked about his personal failures on the way to success.

“It was a pleasure for us, as for the IT Arena co-organizers, to connect the leading experts in the tech scene with the audience of more than 2000 attendees. We believe that this year’s conference provided all participants with practical knowledge and actionable tools that will be further used within real world projects” – says, Ruslan Zakharchenko, CEO, Eleks. 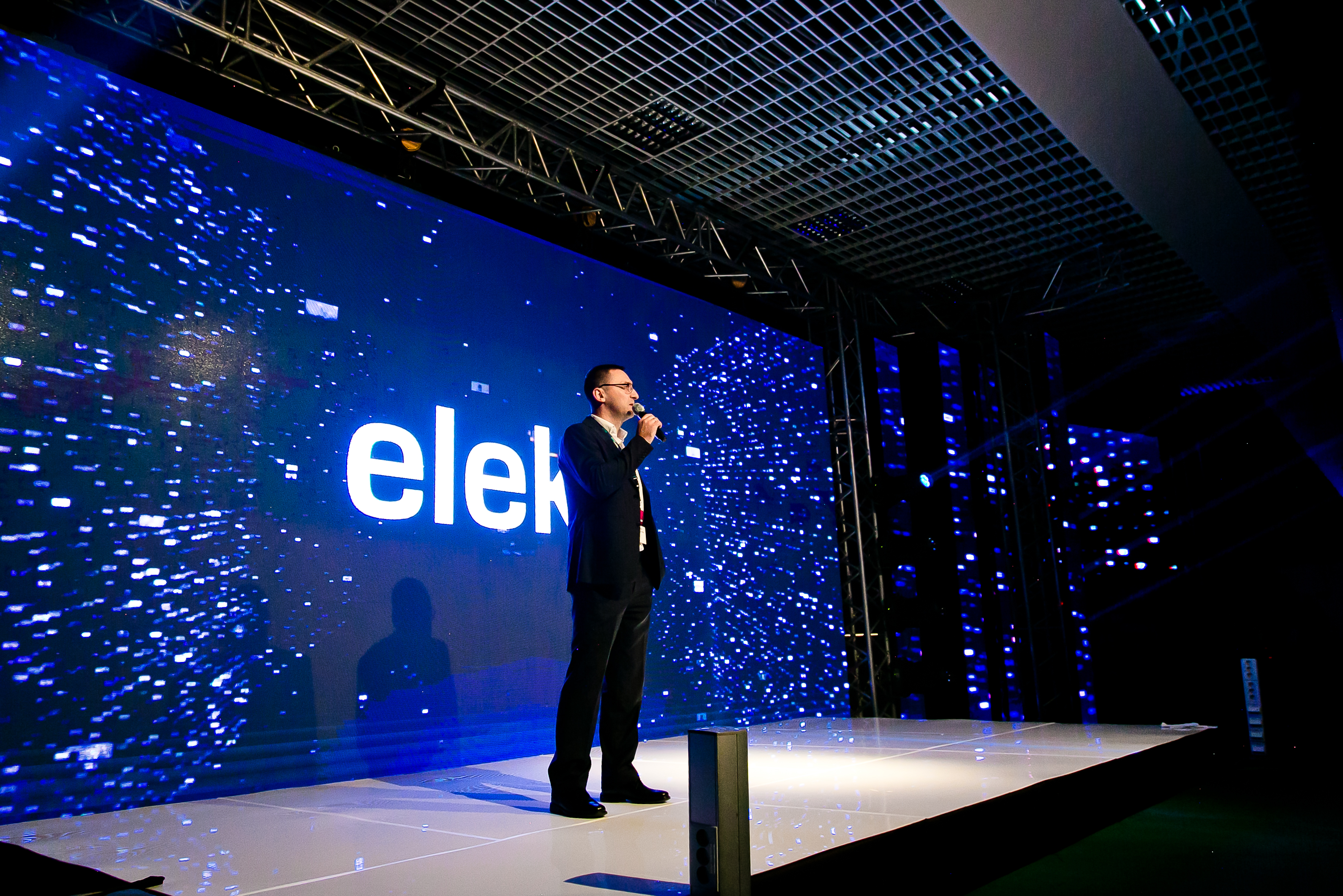 The main stage of the conference also hosted the Inauguration Ceremony of Lviv IT Cluster’s degree programs - IoT and Artificial Intelligence programs at Lviv Polytechnic and Data Science & Intelligent Systems at Ivan Franko National University of Lviv. Rachel Sibley gave a motivational speech for all attending students and talked about the IT industry and challenges for IT professionals. 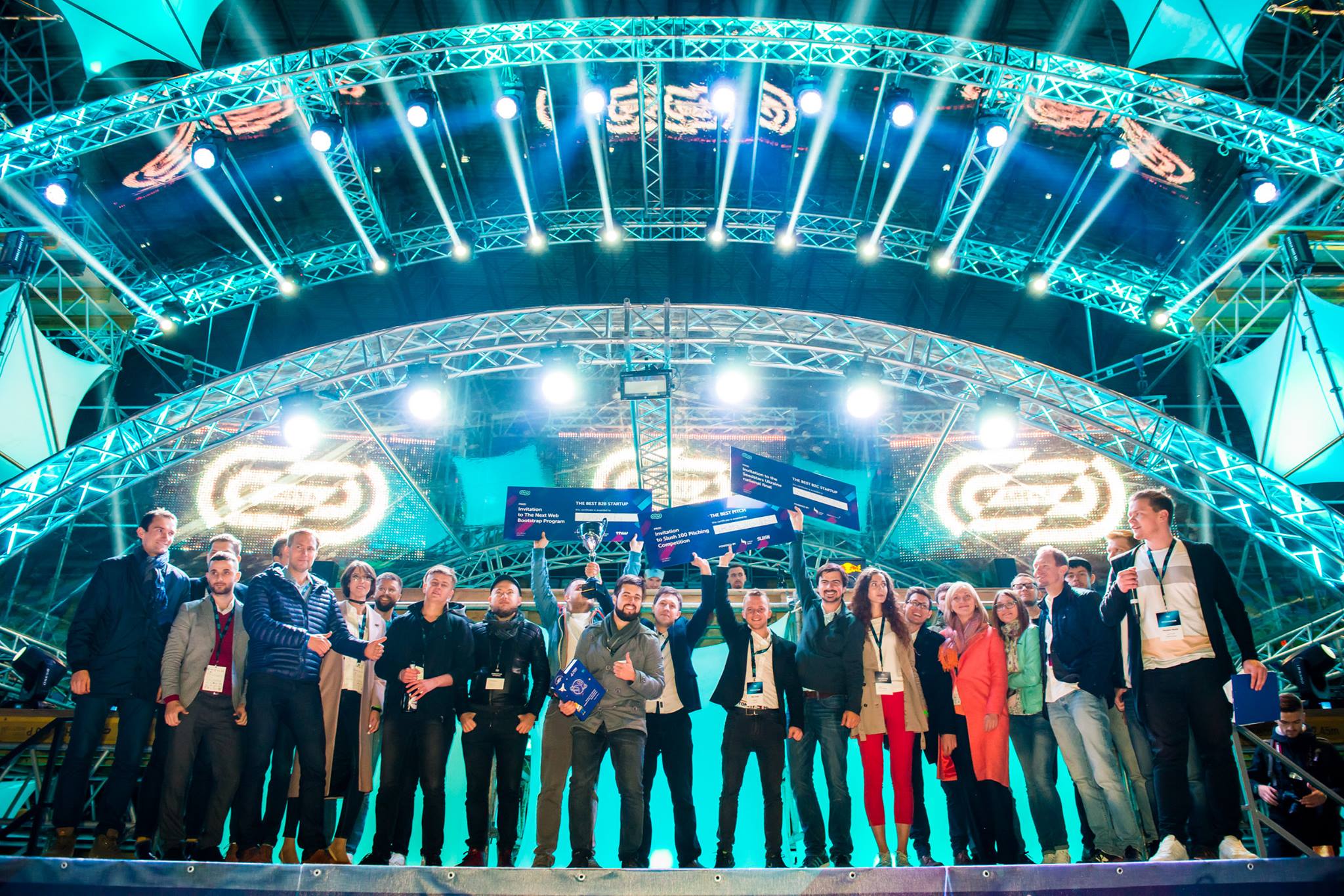 The Startup Competition Awards closed off the conference on the main stage. The best among them were announced by the jury members. The Best Pitch went to IRAengine - an alternative marketplace with intelligent agent for automation of conversational sales and marketing calls. They received an invitation to the Slush 100 Pitching Competition. The Best B2C - Senstone, a voice tracker that lets people capture their thoughts and life experiences on the go in just a finger snap – won an invitation to the Seedstars Ukraine national finals. The Best B2B - Docsify, a G -suite tool that helps salespeople to take only right sales actions based on recipient’s behavior, won an invitation to The Next Web’s Bootstrap Program. 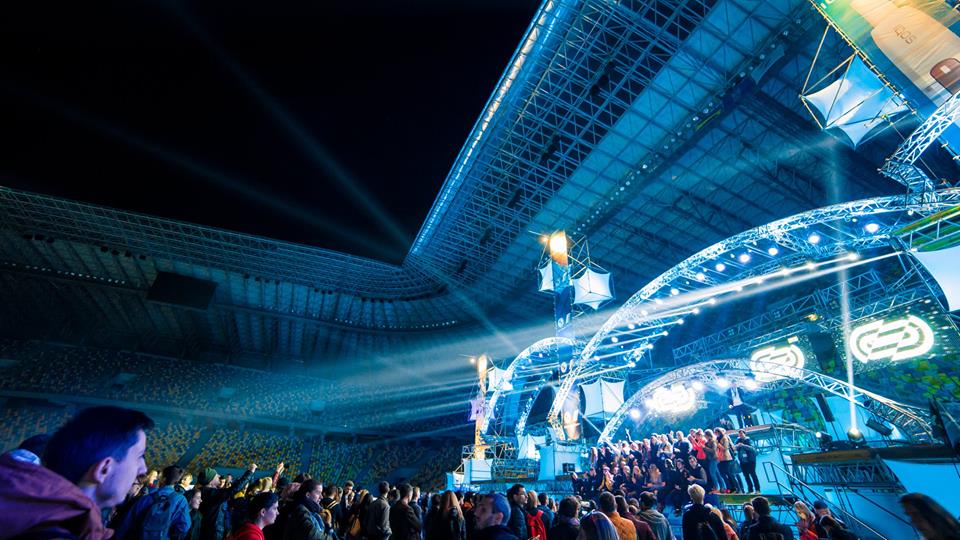 During the conference, attendees could also enjoy the latest tech solutions from the automotive industry by Exclusive Automotive Partner – BMW. Guests learned about the philosophy behind electric mobility and how it is developing in Ukraine. They had a chance to see the exposition of the BMWi innovative line, including at the welcome reception with Lviv City Mayor and Tech Lounge. They could even test drive the BMW i3 at Arena Lviv Stadium.

The incredible second day after party -  open air electronic music party Futureland Festival - took place right on the stadium field. In addition to the participants of the conference, the festival was attended by over 2,000 fans of electronic music. In spite of a (very) cold autumn night, the whole stadium got heated up by Cassius, real stars of the European electronic music scene, as well as Ukrainian musicians Cape Cod, SE62, Pahatam.

How to attend everything? 28 meetups and 9 locations during the 3rd day

The third day of IT Arena was untypical for the tech conference. 28 meetups took place in 9 different locations in the historical part of Lviv. The participants had the opportunity to gather in small groups and discuss concrete topics, and first-time visitors of the city had an opportunity to see the historic city center of Lviv with its cozy restaurants and cafes. 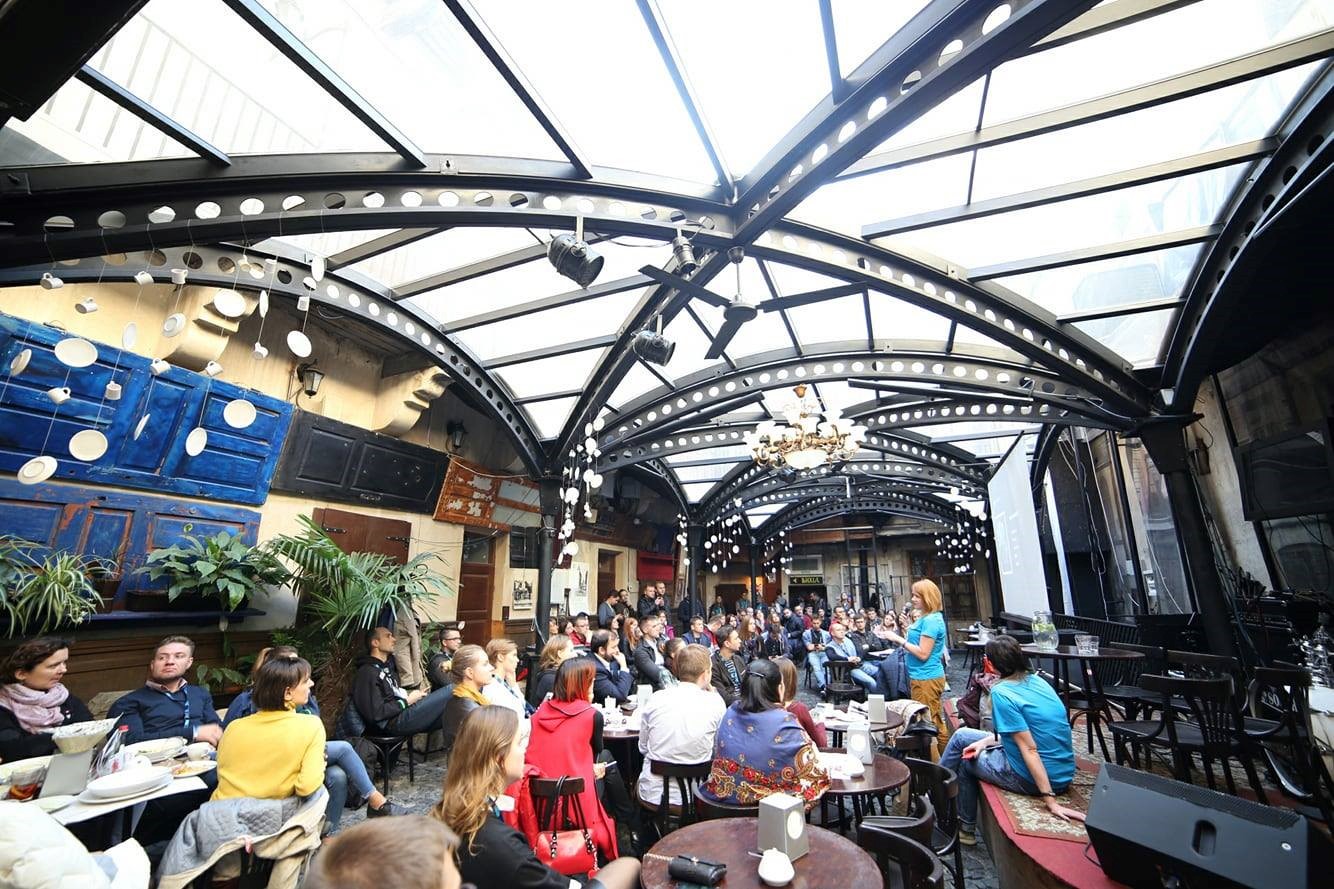 The third day finished with a lovely street party on one of the downtown squares, with great music and drinks. 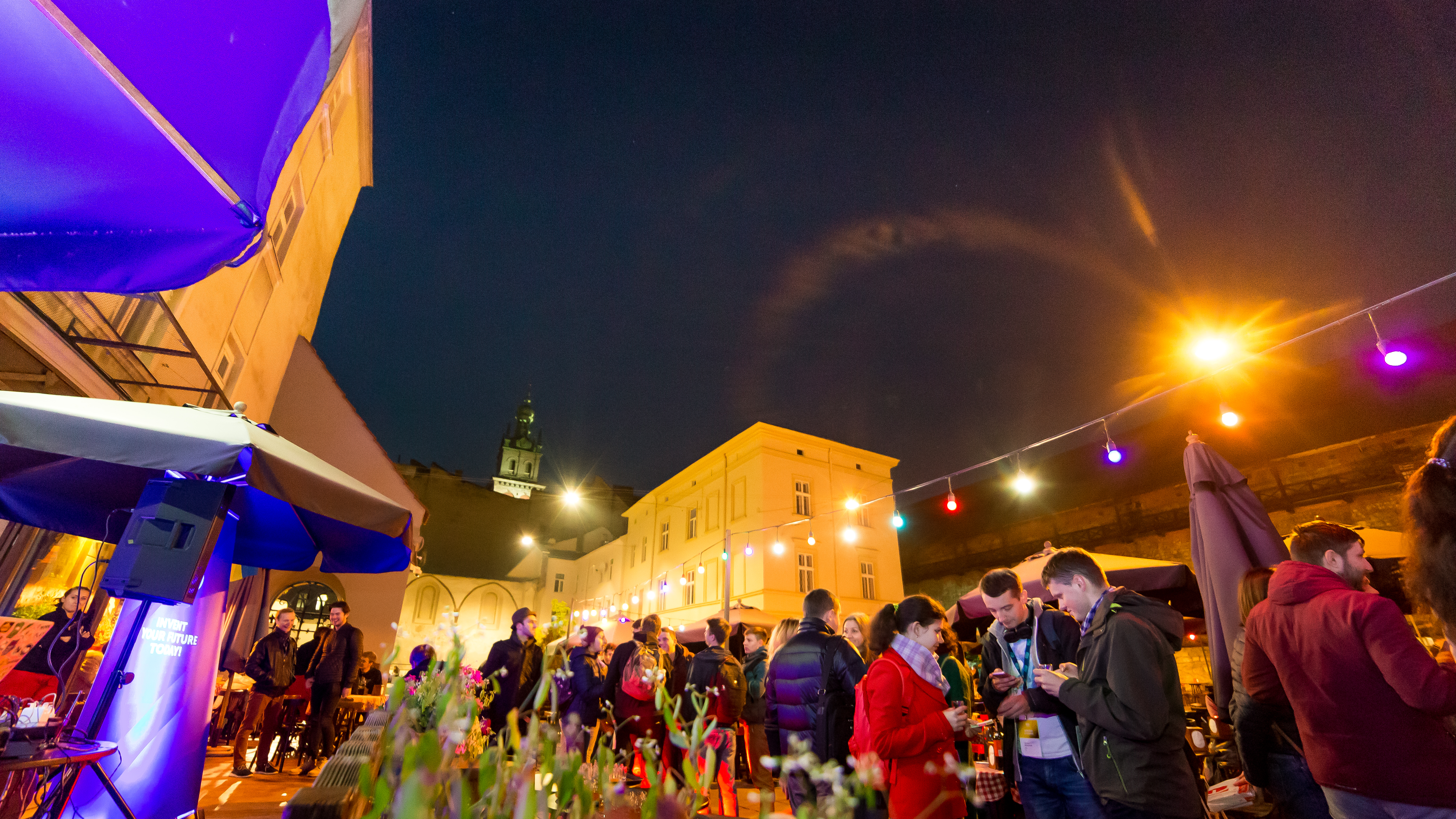 Many thanks to all the organizers, sponsors, partners, speakers, journalists, participants, and volunteers to make this amazing edition of IT Arena happen.

IT Arena in numbers:

28 meetups and 9 locations on the 3rd day 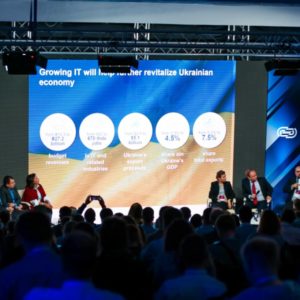 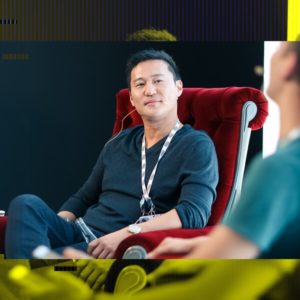 More Than Tech: A Guide to IT Arena Tracks 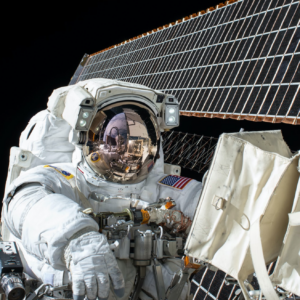 Space Tech Startups You Should Know About